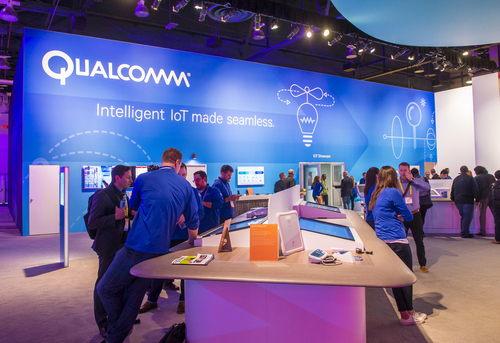 Qualcomm, Inc (NASDAQ: QCOM), already in a legal battle with Apple Inc (NASDAQ: AAPL), filed a new patent infringement lawsuit seeking to have imports of some iPhones and iPads banned from the country. This communications chip maker filed a lawsuit on Thursday claiming that Apple violated 6 of its patents that covers key mobile technologies and that none of the 6 patents are part of wireless industry standards that are required for mobile phones to communicate. This lead Apple to stop their manufacturers from paying Qualcomm on iPhones and iPads with mobile chips in April.

In Apple’s defense, the lawsuit in January claimed that Qualcomm was abusing its dominant position to charge excessive royalties. It challenges Qualcomm’s core business practice of calculating its royalties as a percentage of the value of an entire phone, not just the value of the mobile chip components. This lead to Qualcomm’s stock decreasing to 16% so far this year.

Qualcomm also claims that all iPhones and iPads that contain competing mobile communications chips should be removed from the country. This would be a separate action to be filed with the U.S. International Trade Commission soon.