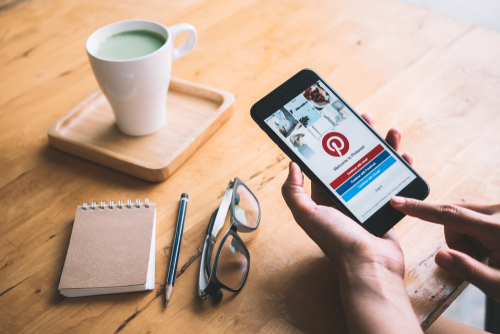 While revenue grew by 47% year-over-year, net losses for the Company continued to widen. At the end of the quarter, Pinterest reported net losses of USD 124.73 Million compared to USD 18.87 Million the same quarter a year ago.

The larger monthly active user base was driven by international growth at the end of the quarter. Pinterest reported that U.S. MAUs grew by 8% year-over-year to 87 Million total. On the other hand, international MAUs grew by 38% to 235 million.

"In Q3, we redesigned Pinterest to make the service more intuitive and improved recommendations quality to help people discover new ideas they didn’t know about before," said Ben Silbermann, Pinterest Chief Executive Officer and Co-founder. "We are also expanding the number of shoppable products on Pinterest, which makes it easy for our users to go from inspiration to action."

As for the full-year, Pinterest forecasted revenues between USD 1.1 Billion and USD 1.115 Billion. However, Refinitiv analysts were calling for revenue of USD 1.12 Billion.