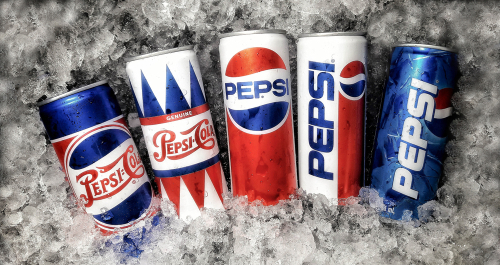 PepsiCo, the food and beverage conglomerate (NYSE: PEP), conducted an earnings report conference call this morning, before the markets opened. In the second quarter, the company saw net revenue rise strongly by 2.2%, putting YTD growth at 2.4%. The company had expected overall organic revenue growth at 4% for the year, meaning that this Q2 performance exceeded expectations. In fact, PepsiCo had forecast a bump in profits this year in exchange for their expanded advertising campaign, but it seems they may beat that expectation as well. The company now anticipates $9 billion operating earnings, with returns to investors of $8 billion in dividends and buybacks. Already boasting a YTD 20% stock rise, Pepsi will almost certainly receive a positive bump today and this week.

In the last year, simply by a rise in the general market, each company has added around $30 billion USD to their to their market capitalization. Coca Cola is now at $222 billion, and Pepsi $186 billion. Still, Pepsi’s stock has increased 20% YTD, while Coke’s has only risen 10% this year! This asymmetry can be in part attributed to Pepsi’s new expansions into the Starbucks bottled beverage line and Bubly, a sparkling water brand entering the trendy space around LaCroix.

Pepsi also just outsells Coke. In 2018, Pepsi had $64 billion in sales, as compared to Coke’s $34 billion. Interestingly, Coke’s stock actually fell between 2016 and 2017 by over 15%, whereas Pepsi’s stock rose steadily during the same period. The reason? Soda consumption has been going down consistently in the United States, and CocaCola Co. wasn’t aggressively growing revenues. Another downside to investors is that Coke’s stock, hovering at 33 price-to-earnings is quite overpriced relative to Pepsi’s 14 P/E. Pepsi’s got a lot of room to expand.