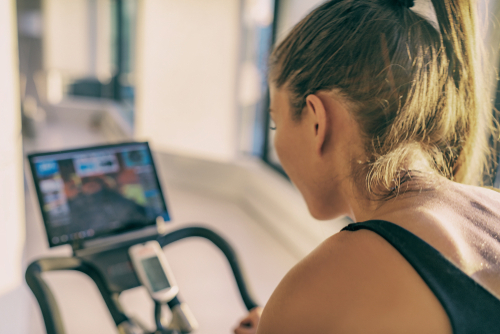 Peloton (NASDAQ: PTON) shares rebounded by 6.4% on Friday after facing major backlash throughout the week for its holiday advertisement commercial.

Peloton’s commercial depicted a woman receiving a Peloton bike from a man. The woman then filmed herself everyday training on the bike. And then at the end of the ad, the two watch the documented journey on their television.

Many viewers flocked to the internet and said how the ad was a bit confusing, while other viewers claimed the ad to be sexist.

While the ad received serious complaints from viewers, some believe that the buzz around the ad could actually end up generating more sales for Peloton, according to Bloomberg.

“They might benefit more because people are looking it up and learning more about it,” Laura Ries, president of advertising consultancy firm Ries & Ries, said. It’s still a short-term bump for a company that has historically been largely successful with marketing, with a total member base of 1.6 million people including more than 560,000 who have one of the proprietary bikes or treadmills plus a fitness subscription, according to Peloton’s most recent quarterly report. The official Peloton ad on the company’s YouTube channel has been seen by more than 3.6 million people.

JMP Securities raised its price target on Peloton from USD 34.00 per share to USD 38.00 per share, reiterating its rating of “market outperform” after Peloton cut prices on Wednesday for digital subscriptions.

The cheaper subscription “broadens Peloton’s reach, improves conversion, and reduces purchase friction,” reported Bloomberg, citing analyst Ronald Josey. The potential for accelerated adoption, along with the possibility of a lower-priced Tread and Rower, in addition to Peloton’s 30-day free home trial, result in the company’s product offerings being “well positioned to attract a greater customer base into its broader ecosystem.”

Josey says the lowered price of the digital subscription and as well as an offer for a 30-day trial is “highly strategic.” He noted that the increased subscriber additions from the initiatives should “more than offset lower monthly prices.”

Josey is forecasting the digital subscribers to generate approximately USD 25 Million in revenue for Peloton in fiscal 2020 and USD 35 Million the year after.