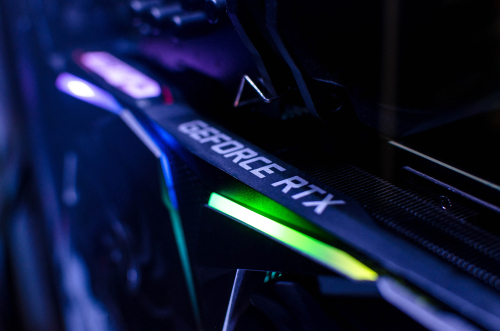 Despite revenue being down year-over-year, Nvidia’s revenue gained 17% sequentially due to its gaming business and demand from hyperscale customers.

“This quarter, we have laid the foundation for where AI will ultimately make the greatest impact. We extended our reach beyond the cloud, to the edge, where GPU-accelerated 5G, AI and IoT will revolutionize the world’s largest industries. We see strong data center growth ahead, driven by the rise of conversational AI and inference,” concluded Huang.

Huang told analysts on the call that “Nvidia has really become a software company.”

For the fourth quarter, Nvidia is forecasting revenues to be approximately USD 2.95 Billion, plus or minus 2%. The Company is forecasting strong sequential growth is expected in Data Center, offset by a seasonal decline in GeForce notebook GPUs and SoC modules for gaming platforms.

Following Nvidia’s quarterly results, shares are now up 57.1% this year.