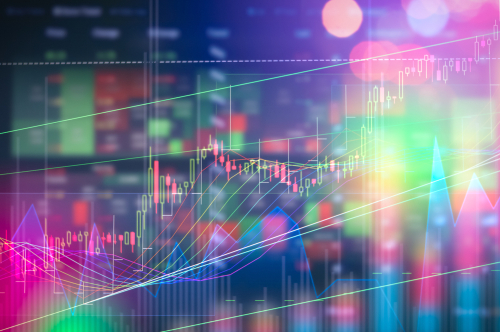 Nutanix, which specializes in cloud infrastructure applications and storage software, reported a narrower-than-expected loss at 13 cents per share, ahead of an expected loss of 27 cents per share. This compares to a loss of 16 cents per share a year ago. Revenue for the quarter jumped nearly 14% to USD 313 Million, exceeding estimates of USD 305 Million and year-ago revenues of USD 275.55 Million.

For the second quarter, Nutanix projects a non-GAAP net loss of 25 cents per share with revenue between USD 325 Million to USD 335 Million. Wall Street analysts expect a loss of 26 cents per share on revenue of USD 232.6 Million.

"On the top line, it's a combination of repeat customers, large deals -- and we've done a great job in Japan and in Europe as well," Chief Executive Officer Dheeraj Pandey said. He noted that the difference in loss versus estimates was partly attributable to the Company's seasonal hiring and selling cycles.

Nutanix has been on a growth spurt since going public in September 2016 as shares are up 16% year-to-date. While navigating the public markets, the Company is undergoing a major transition in its business model as it phases out its hardware business and shifts its focus entirely toward higher-margin software products with recurring subscription revenue.

Looking only at revenue from software and support products, quarterly revenue came to USD 280.7 Million, representing an increase of 44% year-over-year. Nutanix said subscription revenue was up 104% year-over-year to USD 127 Million. Pandey said the results "prove that our core business continues to grow strongly and put us on a solid path to meet our goal of at least USD 3 Billion in software and support billings by 2021."

Pandey said that Nutanix's revenue growth will swell further as it continues to rack up deals with large enterprises who can't, or aren't incentivized to, 'rent' cloud storage directly from public cloud providers such as Amazon Web Services or Microsoft Azure. "Cloud isn't about a renting model, it's about owning," he added. "There's lots of complications around large enterprises that make it hard to rent everything. Government agencies for example, they can't go to a large cloud provider. They have a lot of silos. And that story is hugely resonating with global 5000 customers."

On reaching the USD 3 Billion target by 2021, Pandey believes that nurturing its customer base and product portfolio will lead the way. "The portfolio is pretty rich now -- we believe that doubling down on this portfolio will get us there. The repeat business itself will take care of things," he said.