Nordstrom to Go Private in a Potential Partnership with Leonard Green, Shares Jumped 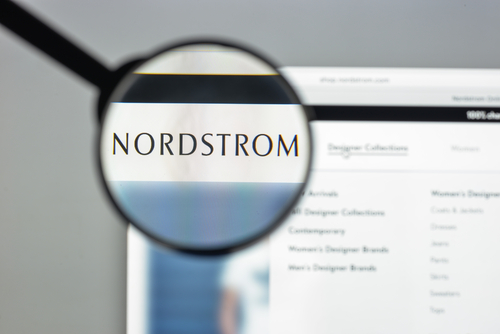 Nordstrom family members was closing in on a deal with Leonard Green & Partners, a private equity firm, to help take the department store private. After the news, shares of Nordstrom, Inc. (NYSE: JWN) jumped more than 8% in afternoon trading hours on Tuesday.

Nordstrom family group owns 31.2% of the company. In June, the family group said that it was considering to take Nordstrom private, and in the past months, it has been searching for a partner to support the deal.

The private equity firm Leonard Green would provide Nordstrom family members with around $1 billion in equity to help fund the deal. However, the deal between Nordstrom and Lenard Green has not been finalized, there is still possibility that other parties disrupt the talks.

Currently, Nordstrom owns 356 stores, including 121 full-line stores in the United States, Canada and Puerto Rico, and it has a market capitalization of around $7.7 billion.

Nordstrom has struggled for years with the poor traffic trends. Sales of the company was $230 billion in 1999, but last year, sales were only $155.5 billion. E-Commerce competitors like Amazon also put pressure on the department store.