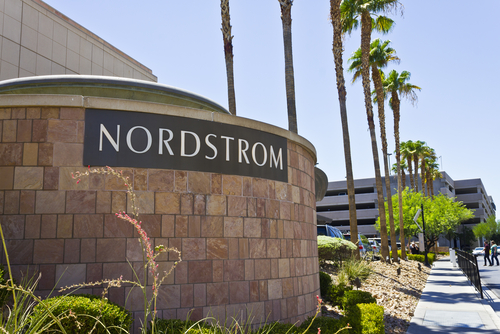 Nordstrom (NYSE: JWN) announced this Wednesday the plans to close its full-line store at Salem Center at Salem, Oregon. This store opened in March, 1980, and will continue to serve customers until April 6, 2018. This plan will impact about 130 non-seasonal employees but Nordstrom is working with them to determine their next steps, said Nordstrom.

“The decision to close a store is never one we take lightly. As we look for opportunities to grow our business and ensure we are meeting the needs of our customers, we have to make decisions about where to invest our resources.” Said Jamie Nordstrom, the president of Nordstrom stores, in his statement. “Unfortunately, we don’t think investing in Salem Center is the best approach for us moving forward.”

Already this year, Macy's Inc (NYSE: M), Sears and J C Penney Company In c(NYSE: JCP) have all announced plans to close more stores. As more and more sales move online and away from traditional stores, retailers are looking to right-size their footprints and make physical locations more experiential and with less inventory.

The Nordstrom family wants to take this 116-year-old Seattle-based department store private, since it believes that it can make more necessary investments on e-commerce and its stores more efficiently.