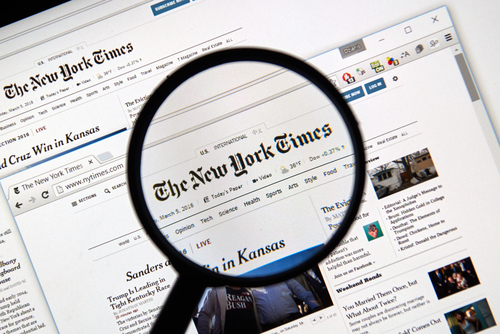 The company reported total revenue for the first quarter to be $413.95 million, which increased 3.8% from $398.80 for the same period last year, beating analysts’ estimates of $408.07 million. According to the company, subscription revenues rose 7.5% for the first quarter, while advertising revenues dropped 3.4% and other revenues were up 5.0%.

“In the first quarter, we saw increases in revenue and overall profitability and continued solid growth in our digital subscription business. The strong demand for the high quality, independent journalism that The Times produces resulted in a 139,000 net increase in digital-only subscriptions for the quarter,” Mark Thompson, the president and chief executive officer of the company, said in the statement on Thursday.

“We’re seeing good retention of new cohorts of subscribers and continue to believe there is a big opportunity to further grow this increasingly important part of our business,” Mark continued.