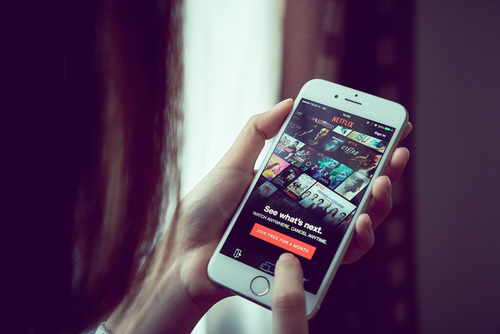 Credit Suisse has noted to investors on Wednesday that Netflix is expected to more than double its subscriber growth in the next decade and thinks the market may be underestimating the subscriber growth potential of the Company.

"The market is embedding 8 percent long-term sales growth," Credit Suisse said, “citing a proprietary methodology which seeks to calculate the futures fundamentals of a company that its shares' current valuation implies.”

The note also states, “The market is embedding that NFLX will achieve 335 million subscribers by 2028," as Netflix currently has over 148 million subscribers with it’s shares up more than 6,000 % in the last 10 years and 33% in 2019. The shares have also been up 50% in the last 6 weeks. Credit Suisse also calculates that “the market is also implying that Neflix will capture 42 percent of all global broadband households, excluding China.” The firm’s analysts are as bullish as the market’s expectations predicting that Netflix will reach 264 million subscribers and 40% global penetration in 2022.

However, one concern is the cost of content is driven up by competition. “HBO’s Game of Thrones costs USD 10 million per episode and is arguably one of the most popular series around and Netflix currently pays USD 13 million per episode for Crown. I don’t know much about the series, but I don’t like the fact that it’s costing Netflix 30% more than HBO pays for Game of Thrones,” Mark Tepper states on Trading Nation with CNBC. He has also stated that “subscriber growth is expected to slow domestically, but they’re more than offsetting that with their price hike because they can. International growth is still hot.”