Could this be Netflix’s catalyst to shift away from its 7-month range? 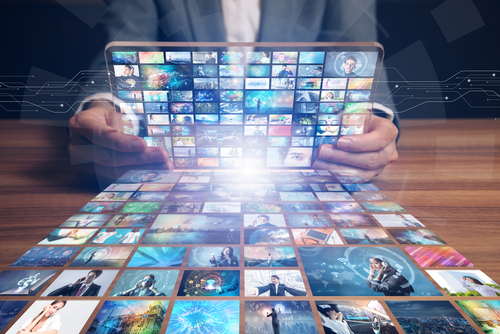 Netflix (NASDAQ: NFLX) has been dominating the streaming market for years until recent competition has left the Company in a 7-month trading range. After a tough 2019 for shares of Netflix, who saw a puny 4% gain over the past 6 months, the streaming giant is eager for a sizable boost with its second quarter financial results delivered on Wednesday.

As new competitors enter the market, investors have been hyper focused on how Netflix will fare in the changing media landscapes. Analysts on Wall Street believe these concerns are “overblown” and favors their “great content slate” going into 2H19, as described by Cowen analyst John Blackledge. Subscriber growth remains a concern in upcoming months as growth rates are expected to decline in a competitive market. Nevertheless, Netflix cautioned investors of weaker new subscriber growth. The streaming giant projected 5 Million new subscribers from April to June, 94% of those subscribers expected to come from international markets. Analysts polled by Bloomberg are anticipating the Company to report adjusted earnings of USD 77 cents per share on USD 4.93 Billion of revenue.

Any positive or better than anticipated result could be a catalyst for the Company’s stock to climb itself out its monthslong trading range. “It’s been in this sideways range for almost seven months now. And whenever any stock gets stuck in a range for a while, once it finally breaks out of that range, it usually sees a powerful move… This earnings report could be the catalyst that finally takes it out of that range.” says Matt Maley, chief equity strategist at Miller Tabak. “A move above the top end of the range, the USD 385 level, would be ‘quite bullish’, but if Netflix’s second-quarter results don’t meet expectations, the stock could break down below USD 340.” Maley adds.

The next few days could be very important for Netflix. Mark Tepper, president and CEO of Strategic Wealth Partners, is optimistic on the Company’s strong positioning in the streaming space. “We continue to love the long-term growth story,” Tepper said in a “Trading Nation” interview. “Streaming’s not a winner-take all space. There’s opportunity for several companies to win. The losers are going to be the cable providers. And when it comes to streaming, Netflix still has that first-mover advantage.”

Despite, Netflix’s monthslong trading range, Netflix claims to have a “strong slate of content” releasing in its third-quarter. The Company’s most recent blockbuster “Stranger Things: Season 3” has seen record viewerships of 26.4 Million U.S viewers during the four-day weekend of July 4th. These next couple of days will prove detrimental for Netflix’s stock outlook in the next quarter to come.