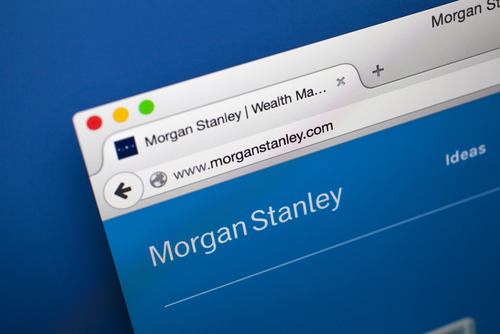 Shares of Morgan Stanley (NYSE: MS) were up in morning trading today as it opened up at $46.95, up 3.9% and at noon is currently sitting at $46.08, up $0.91 and around 2%. Shares jumped as the bank reported better-than-expected earnings for the second quarter and better trading revenue than most of its peers, such as Goldman Sachs Group Inc.

Across Morgan Stanley, second-quarter profit rose to $1.6 billion, or 87 cents per share, from $1.4 billion, or 75 cents per share, in the same period last year. This also beat analyst’s expected earnings of 76 cents per share. The bank also raked in revenue of $9.50 billion, a 7% increase from the same period last year, topping the estimated $9.09 billion. Morgan Stanley saw gains in many departments such as their wealth management business which rose 9% to $4.2 billion and also saw a 14% increase in investment management to $655million.

From this year to date, Morgan Stanley shares are up 10% as the future looks bright for the company.