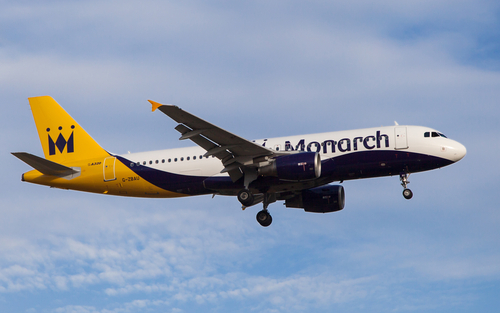 Monarch Airlines cancelled hundreds of thousands of holiday flights due to the intense competition for flights and a weaker pound. 900,000 passengers were affected included more than 100,000 that were already abroad. 750,000 future bookings were cancelled as well.

The European airline industry has seen a trend of collapsing after companies such as Air Berlin and Alitalia filed for insolvency this year and Ryanair being forced to cancel thousands of flights due to problems finding enough pilots to fly aircraft. However, other airlines’ shares jumped including rivals EasyJet and Wizz Air because of reduced competition and the chance to acquire some of their assets.

Last year, Monarch’s finances went downhill after security concerns were raised due to deterred travel to certain countries as well as the decline in value of the pound. More than 2,000 of the company’s employees are expected to find jobs elsewhere.