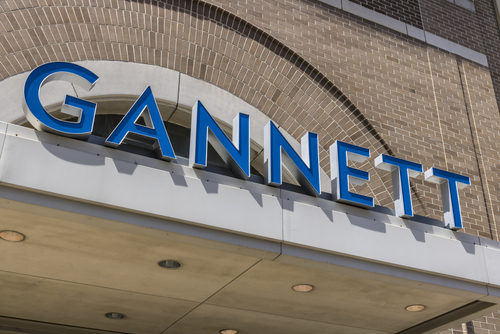 MNG Enterprises Inc (MNGE:Grey Market) announced on Monday that its board of directors has sent a letter proposing to acquire USA Today publisher Gannett Co. Inc. (NYSE: GCI) for USD 12.00 per share in cash. The proposed transaction would represent a cash premium of 41% to the Gannett stock price as of year-end.

This is not the first time that MNG has approached Gannet about a potential buyout. MNG says that on various occasions they have offered to buy the Company but Gannet has never taken serious action in response. Now Digital First Media, MNG is asking Gannett to enter into discussions immediately about a strategic combination, upon a number of other requests.

In the letter MNG says “Gannett has lost 41% of its value since its debut as a public company two and a half years ago, significantly underperforming its peer group and indices.” They are now calling for the company to commit to a moratorium on digital acquisitions; and Commit to a feasible, strategic and financial path forward before hiring a new CEO. MNG communicates in the letter that the “value-destroying decisions”  made from an “unfocused leadership team” are causing the Company’s decline. Gannet’s CEO is leaving in May and MNG believes that although this can hurt their leadership team, there is also an opportunity for the Company to maximize value.

Through its managed investment account MNG Enterprises has a 7.5% ownership stake in Gannett, making it the Company’s largest active stockholder. MNG claims that if the Board refuses the offer on the table, they may take action to protect the value of there investment by seeking changes to the composition of the board.

In early trading on Monday Gannett shares rose more than 19% to USD 11.60.  According to CNBC Gannet did not immediately respond to a request for comment on the buyout offer. Gannet has dismissed offers from MNG over the past years, and it remains unclear if they will accept this one.

In the letter, MNG reiterates that their interest in Gannett is yet another confirmation of MNG’s commitment to the newspaper industry and there desire to grow in the newspaper business over the long term.

On behalf of the Board of Directors, MNG Enterprises, Inc. Chairman, R. Joseph Fuchs closes the letter with this, “Put plainly, MNG is committed to maximizing value for all Gannett shareholders and growing our newspaper business over the long term. We hope that the Board will work with us to maximize value for all Gannett stockholders, and we look forward to receiving a response in an expeditious manner.”