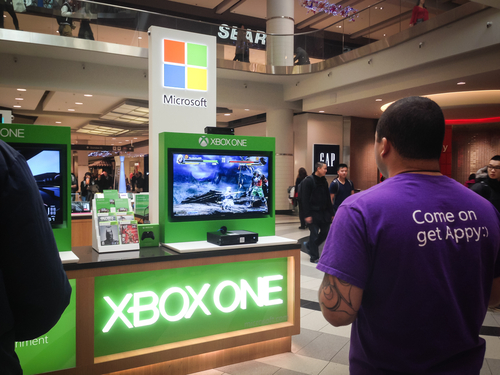 Microsoft Corporation (NASDAQ: MSFT) announced at the E3 conference that the new Xbox One X will $499, the same price as the original Xbox One when its first debuted. The company explained that the new Xbox One X will use a technique called "super-sampling" which is designed to make games on the new console look better than on an original Xbox One or Xbox One S, but is not just for 4K TVs, on a 1080p TV as well. Shares of Microsoft increased in Value by about 13.5% year to date, and now are trading near all-time highs.

Releasing another Xbox, at the same price as the original one, seems quite a risky bet for Microsoft. Phil Spencer, Microsoft's head of Xbox, talked about the potential target demographic of the console. “I'm going to bet a large percentage of those people have a current-generation console already. So in that world, I have to show them an experience that's demonstrably better. And that's where we started with Xbox One X," said Spencer.

In an interview with Polygon at the E3 conference, Mike Ybarra, Corporate VP of Xbox and Windows Gaming, said that the Xbox One X could have been priced lower, but it would have been a less impressive product. "When we looked at the overall design, we could do less memory. We could do under-clocked components so we don’t have to have the cooling system that we have in here. There’s any number of things you could think of.

This is designed for the premium gamer that wants the absolute best experience. And so compromising any of those then makes that message much harder to communicate to them. We showed them the smallest Xbox we’ve ever created, the most power, the best price per performance you can get anywhere, in this box. That’s what we’re delivering.

I think if you start taking away some of those items, people will say, ‘Well, what were your goals?’ And that’s an area that we don’t want that confusion to exist.”  Mike Ybarra explained.