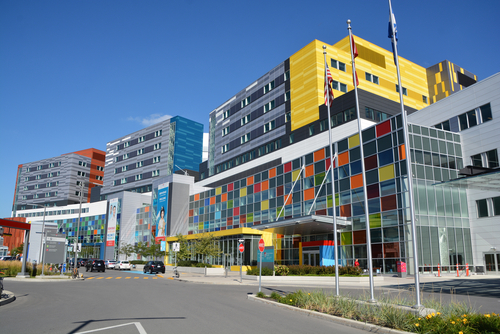 McGill is richer by two million dollars for funding its McGill X-1 Accelerator program. The money was donated by John Dobson Foundation. This will be funneled to McGill Dobson Center for Entrepreneurship. The money will fund the X-1 program. The latter has grown to support entrepreneurship and promote the same all over McGill.

The McGill Dobson Centre for Entrepreneurship has expanded since it was founded in 1988. John Dobson founded it. It has since become an important entrepreneurial hub at McGill. The mission of this affirmative action is to identify, develop, and teach world class entrepreneurs via tailored education and interactive mentorship.

This Dobson Foundation donated money comes at a crucial time for McGill Dobson Centre for Entrepreneurship. This wing can be found in Desautels Faculty of Management. According to Isabelle Bajeux-Besnainou, the Dean of Desautels, the generosity and vision of John Dobson Foundation has made McGill Dobson Centre for Entrepreneurship as a hub for entrepreneurs present in the campus. This donation will help the McGill X-1 Accelerator to boost the community of entrepreneurs and also innovators.

The McGill X-1 Accelerator program comprises of an intensive summer program lasting for about 10 weeks. It is designed to quicken the growth of the McGill startups which have reached an advanced stage. The startups at this stage are all ready for launch and welcome investments. This program is conducted every year. It begins in June and ends in August. Participating teams must have a minimum of one McGill student, staff member, faculty or a recent graduate. The 2017 program has accepted a total of eight McGill teams. All of them are crafting a business on a specific idea derived from science or technology.

Moving up in the world

The McGill X-1 Accelerator ends with a number of demonstrative events in Montreal, San Francisco, Toronto, New York, and Boston. The event is termed Demo Day. All teams will enjoy the golden opportunity to put their ideas in front of the McGill alumni, investors, and assorted entrepreneurs.

According to Professor Gregory Vit, the Director of McGill Dobson Centre, the McGill Dobson Centre for Entrepreneurship has played an important role in the creation of young McGill entrepreneurs. He pointed out that a number of McGill startups in recent times have made a considerable impact on the Quebec and Montreal economies. Monetary gifts of this kind will make sure that the vibrant entrepreneurship culture will remain in McGill. The academic is sure that the McGill entrepreneurs will be a positive influence all over the world.