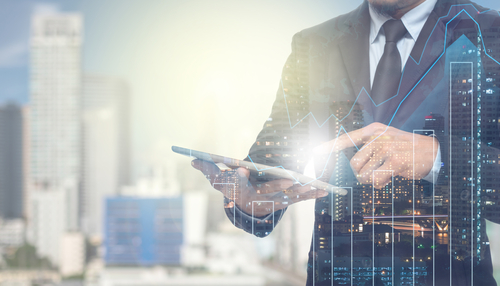 Netflix, Inc. (NASDAQ: NFLX) shares rose by 11% during extended trading hours on Wednesday after topping analysts’ estimates for earnings and international subscribers. By mid-day Thursday, Netflix shares were up approximately 3.7%. For the quarter, Netflix reported earnings of USD 1.47 per share on revenues of USD 5.24 Billion. The Company surpassed analysts’ earnings estimates of USD 1.04 per share, however, fell short of revenue estimates of USD 5.25 Billion. At the end of the quarter, Netflix reported domestic paid subscriber additions of 517,000 compared to FactSet estimates of 802,000. Meanwhile, Netflix added 6.26 million international paid subscribers versus estimates of 6.05 million. Average streaming paid memberships and ARPU grew by 22% and 9% year-over-year, respectively.

Cronos Group Inc. (NASDAQ: CRON) shares soared by over 40% during Wednesday’s extended trading hours. On Thursday morning, shares were trading as high as 20%, before dropping to a 5% late afternoon. Since Cronos’ all-time high stock price of USD 23.70, shares have been beaten down by 62.8%.

Assembly Biosciences, Inc. (NASDAQ: ASMB) shares skyrocketed by 45% on Thursday after reporting positive data on HBV candidates ABI-H0731 and ABI-H2158. The results will be featured in a meeting during the American Association for the Study of Liver Diseases Annual Meeting on November 8-12, 2019 in Boston.