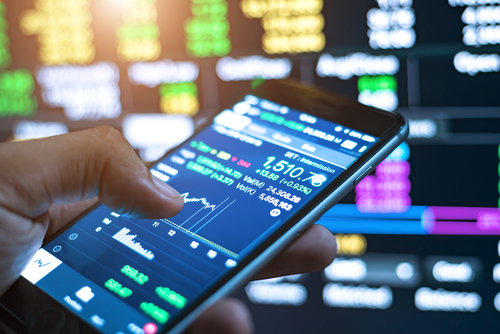 HP Inc. (NYSE: HP) shares surged by 11% on Wednesday after reports of Xerox (NYSE: XRX) offering a cash-and-stock offer buyout, according to The Wall Street Journal. The Company’s board discussed the possibility on Tuesday and Xerox has an informal funding commitment from a major bank.

Match Group, Inc. (NASDAQ: MTCH) plunged by as much as 16% on Tuesday after topping its quarterly earnings estimates, but matching revenue projections. The Company reported a weaker-than-expected guidance, which sent shares lower. However, on Wednesday morning, shares were trading 4.3% lower. For the third quarter, Match reported earnings of USD 0.51 per share, matching estimates. As for the fourth quarter, Match is expecting revenues between USD 545 Million to USD 555 Million, below estimates of USD 559.3 Million.

Uber Technologies, Inc. (NYSE: UBER) stock continued to tumble on Wednesday after a lockup expiration that Wedbush analysts had said would result in more than USD 20 Billion in stock or 763 million shares becoming available for sale. Uber shares fell by as much as 8% during early morning trading hours.