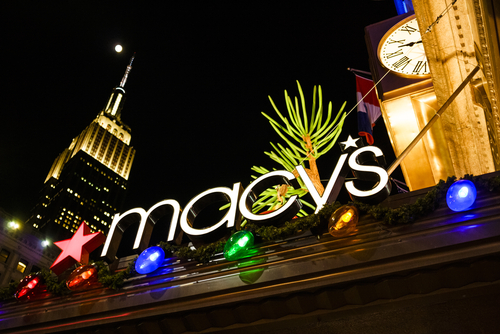 On Friday, Macy's Inc (NYSE: M) announced their strong footing to the start of the holiday shopping season and as a result will hire an additional 7,000 temporary workers as preparation for the large number of shoppers for Christmas. Analysts believe that this holiday season will either make it or break it for the retailer since they have shut down store locations and strengthened inventory currently. Macy’s is bouncing back after several quarters of decreasing sales due to increased competition from new online rivals.

Back in September, Macy’s announced that they would hire 80,000 temporary employees for the holidays which was down from last year’s 83,000. Only 18,000 would work in distribution centers to fulfill online orders. These additional employees would serve customers on the selling floor and work in other store operations that include managing pick up items ordered online.

For the first three weeks of November, retail sales were up 4% with categories such as women’s apparel, athletic footwear, and toys as the top leading performers. Shares jumped 2% in morning trading and rose more than 15% since Thanksgiving that cut losses for the year to 33.5%.