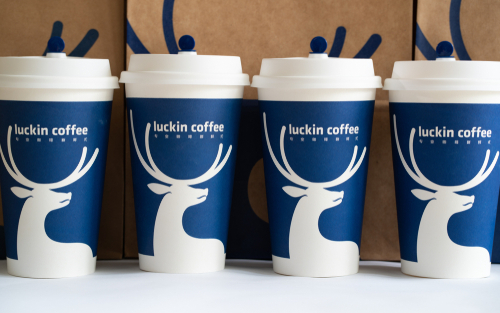 Luckin rapidly expanded in the past year and continued to launch new locations. At the end of the third quarter, the Company had 3,680 stores, representing an increase of 209.5% year-over-year. Average total net revenues from products per store were USD 62,900, increasing by 79.5% year-over-year.

“During the third quarter, sales from freshly-brewed coffee drinks continued to maintain very strong growth, and we believe we will reach our goal to become the largest coffee player in China by the end of this year. With our distinguished value proposition of high quality, high affordability and high convenience we believe that Luckin Coffee has become part of more and more Chinese consumers’ daily lives. China’s coffee market remains highly underpenetrated so we are very excited about the growth potential ahead of us,” said Jenny Zhiya Qian, Chief Executive Officer of Luckin Coffee.

“With our disruptive technology-driven new retail model and our newly-launched retail partnership model, we believe we can rapidly expand into adjacent markets with limited capital expenditures while maintaining a high degree of operational control and efficiency. We are pleased to have taken meaningful steps accomplishing our goals this quarter and remain extremely excited about the future of our business,” concluded Ms. Qian.