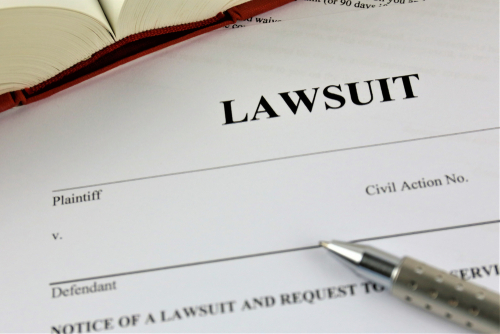 As cryptocurrency emerges as a big industry, many lawsuits will follow questioning the legality of companies’ actions towards crypto regulations. Australian law firm JPB Liberty is organizing a USD 500 Billion class-action lawsuit against tech giants Facebook (NASDAQ: FB), Google (NASDAQ: GOOGL), and Twitter (NYSE: TWTR). The lawsuit is aimed towards the tech giant’s ongoing ban on cryptocurrency related advertisements, stating the “ban was an anti-trust violation breaching Australia’s competition and consumer protection law and caused billions of dollars of damage.”

The listed tech companies all posted their bans last year within months of each other. Facebook announced its ban on all cryptocurrency ads on January 30th, Google followed the ban on March 14th, and Twitter on March 27th. Following each announcement of crypto ad bans, the crypto market would plunge a sizeable amount. Mostly in part due to the Companies being a huge portion of all digital advertising platforms.

JPB Liberty CEO Andrew Hamilton believes that the Big Tech firms “should be held accountable for losses running into hundreds of billions of dollars. Losses that came about as a direct consequence of the ad bans.”

In June of 2018, Facebook updated its policy allowing crypto related ads to “allow ads that promote cryptocurrency and related content from pre-approved advertisers.” JPB Liberty believes that the ban was purposefully used to crush the competition of Facebook’s cryptocurrency Libra.

The case is open to anyone worldwide who had been affected by the crypto ad bans, either people holding cryptocurrency or owners of Crypto businesses between the period January 29, 2018 and December 31,2018.

“A class action will be brought in the Federal Court of Australia against the Respondents’ Australian subsidiaries and parent companies for breaches of the Australian Competition and Consumer Law. The class action will seek damages for worldwide losses of Crypto Industry members and investors. The announcements of the Crypto Ad Ban by the Respondents dropped Crypto markets by hundreds of billions of dollars. Crypto exchange volumes also dropped by 60-90%,” stated on JPB Liberty’s webpage on the class action case.