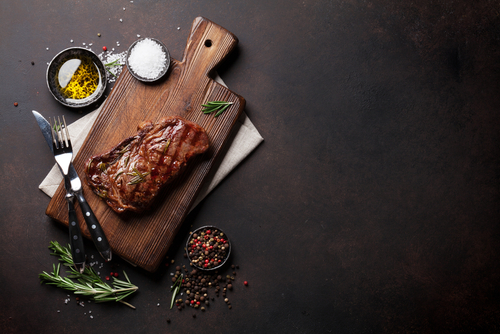 There are lab-grown meat startups relying on animal cells to produce beef, poultry and seafood products for consumers. Companies like Memphis Meats Inc. and Future Meat Technologies have taken advantage of creating cultured meat, an alternative to real meat made from using animal cells and growing them to become food. Billionaires Bill Gates and Richard Branson, and food companies Tyson Foods, Inc. (NYSE: TSN) and Cargill Inc. are interested in the new technology, with the US Food and Drug Administration already starting the process of regulating the industry.

The FDA will hold a meeting on July 12th to receive input and to see whether the technology is safe, with considerations for how to label the products to let consumers know the meat is from a lab and not from an animal. The US Cattlemen’s Association filed a petition this year with the USDA for meats from animals grown traditionally to only believe labels as beef or meat, which the FDA will have to figure out. FDA Commissioner Scott Gottlieb and Deputy Commissioner Anna Abram stated the FDA plans to “share our initial thinking for how we intend to appropriately apply our existing regulatory tools and policies to this novel area of technology.”

The alternate protein products are one of the hottest food trends to watch this year, according to the economist of the farm lender CoBank Trevor Amen, who has also predicted in November that cultured meat wouldn’t be in restaurants for 3-5 years or grocery store shelves for 5-8 years. The company Just Inc. says it plans to have “clean meat” on the market by the end of the year.

The FDA approved the first genetically altered animal in 2015 when it allowed AquaBounty Technologies Inc. to market genetically engineered salmon as “Frankenfish.” The salmon was modified to grow faster, while Congress forced the FDA to ban imports of fish grown in Canada and Panama until it has set labeling rules for them which still hasn’t happened.