Lab Grown Burgers to be 10 Dollars Within 2 Years 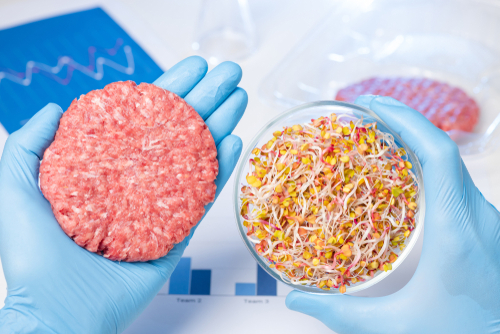 According to Reuters, lab-grown meat, introduced as a burger back in 2013 for USD 280,000, could be on supermarket shelves within 2 years.

“Cultured” meat is grown from animal cells and has become an increasingly popular alternative to conventional meat, with the number of business startups associated with it growing to around 2 dozen at the end of 2018, from only 4 at the end of 2016.

The first “cultured” meat burger was made in 2013 by Mosa Meat’s co-founder, Mark Post, and was funded by Google co-founder Sergey Brin. Mosa Meat says that the price has dramatically fallen since then.

“The burger was this expensive in 2013 because back then it was novel science and we were producing at a very small scale. Once production is scaled up, we project the cost of producing a hamburger will be around 9 euros,” said a Mosa Meat spokeswoman. She also added that it could ultimately become even cheaper than a conventional hamburger.

Biotech Foods, co-founded by Mercedes Vila, has high hopes for mass producing “cultured” burgers. She highlights the importance of moving from a lab to a factory. “Our goal is to reach production scale and have regulatory approval by 2021,” Vila said. She also adds that the price of a kilogram of cultured meat is EUR 100 (around USD 112), which is significantly lower than USD 800 cited a year ago by Future Meat Technologies, an Israeli biotech company.

Biotech Foods has yet to file for EU approval because they want to further improve their growth serum. To make cultured meat, stem cells from the muscle of an animal are placed in a culture medium that is then put in a bioreactor to support the growth of new strands of muscle tissue. This is similar to those used for fermentation of beer and yogurt.

Liz Specht, Associate Director at the Good Food Institute market research firm that focuses on meat alternatives, said that cell-based meat would likely achieve price parity with regular meat once production is on an industrial scale.