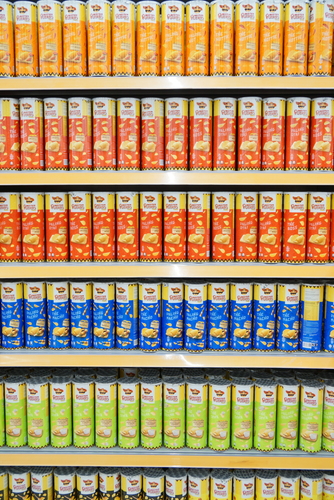 On Tuesday, Kellogg Company (NYSE: K) announced its financial results for third quarter of 2017. After announcing better-than-expected revenues and earnings, shares of the company increased over 4% in pre-market trading on Tuesday, and shares continue to rise after opening bell.

According to the company, revenue for the third quarter increased 0.6% to $3.27 billion, beating analysts’ estimates of $3.21 billion and is the first increase since the quarter ending on December 31, 2014.

“Our third quarter played out as expected. Operating profit margin expansion got an added boost from the transition out of Direct-Store Delivery, and we posted another quarter of sequential improvement in our net sales performance,” John Bryant, the chairman of Kellogg Company, said in the statement on Tuesday.

“There was some timing benefit that comes out of the fourth quarter, but these results put us solidly on track to deliver on our full year 2017 financial guidance, just as we welcome Steve Cahillane as the eleventh chief executive officer in our Company's history,” he said.