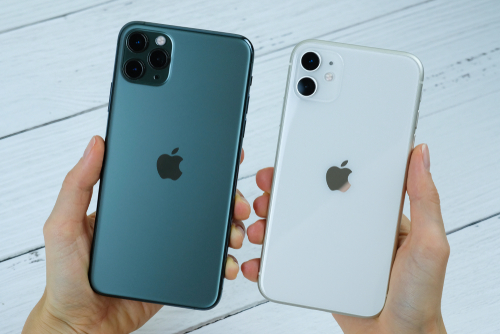 J.P. Morgan raised its price target on Apple’s stock on Monday, citing stronger sales amid the release of its new iPhone lineup.

J.P. Morgan raised its price target on Apple to USD 265 per share from USD 243 a share. The firm iterated an overweight rating on Apple’s stock.

“We are modestly raising our iPhone volume forecasts and expect investor sentiment on AAPL shares to improve materially given the firm’s ability to drive upward revision to volume expectations despite the 2019 product cycle largely considered to be a muted one,” J.P. Morgan analyst Samik Chatterjee said in a note to investors, according to CNBC.

“In addition to a raise in volume expectations for 2019 product cycle, we are also increasing calendar 2020/2021 volume expectations led by stronger adoption of 5G enabled iPhones expected to be launched in September 2020 — all of which leads to stronger underlying revenue forecasts and will drive high investor confidence in the sustainability of revenue growth even in the backdrop of a mature smartphone market,” Chatterjee said.

Apple could potentially expect more iPhone sales this quarter largely because of the price difference between its latest iPhone compared to its predecessors.

According to Apple’s site, the new standard iPhone 11 starts at USD 699 for the basic 64GB capacity size. The larger 256GB iPhone 11 is upwards of USD 849 without a trade-in.

While Apple did come under scrutiny by consumers that its iPhones were becoming too expensive, the Company did note that the iPhone X was more an experiment for the next generation of iPhones.