JP Morgan rolling out its own cryptocurrency 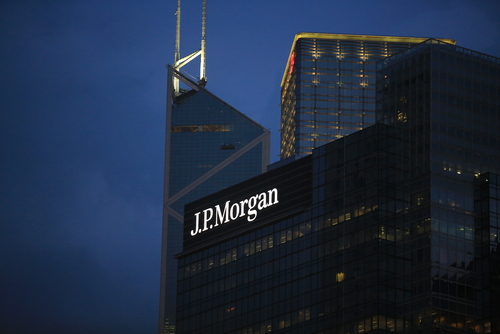 JP Morgan (NYSE: JPM) had announced on Thursday that the Company is rolling out its own and the first U.S. bank-backed cryptocurrency. The “JPM Coin” has been created by engineers at the New York-based bank and will be starting trials in a few months. The coin was created to instantly settle payments between clients and transform the payments business. JP Morgan moves over USD 6 Trillion for major corporations around the world on a daily basis in its massive wholesale payments business.

Even though Jamie Dimon, the bank’s CEO regretfully said in late 2017 that bitcoin, the largest cryptocurrency, was a “fraud” and was not interested in bitcoin, the bank may be preparing for the future where cross-border payments and corporate debt issuance move to the blockchain and will no longer need to rely on old technology such as wire transfers. With blockchain, the database technology surrounding bitcoin, any transaction can be instantaneous and secure.

Umar Farooq, Head of J.P. Morgan's blockchain projects said, "So anything that currently exists in the world, as that moves onto the blockchain, this would be the payment leg for that transaction,” adding, “The applications are frankly quite endless; anything where you have a distributed ledger which involves corporations or institutions can use this."

According to Farooq, there are currently three early applications for the JPM Coin.

The first is for international payments for large corporate clients. Wire transfers on networks like Swift, which is decades old, can sometimes take more than a day to transfer because different institutions have cut-off times and countries operate on different systems. With JPM Coin, the payments will settle in real time and at any time of the day.

The second application is for securities transactions where institutional investors can use the J.P Morgan token to purchase the issuance, resulting in instant settlements. With wire transfers, there are time gaps between settling the transaction and being paid for it.

The third use would be for JP Morgan’s huge corporate clients that currently utilize their treasury services business to replace the dollars they hold in subsidiaries across the world. The business actually handles a significant amount of the world’s regulated money flow for major corporations such as Honeywell International and Facebook, generating USD 9 Billion in revenue last year for the bank.

Farooq added, "Money sloshes back and forth all over the world in a large enterprise. Is there a way to ensure that a subsidiary can represent cash on the balance sheet without having to actually wire it to the unit? That way, they can consolidate their money and probably get better rates for it."

The coin has yet to be fully tested, but it will be one of the first real-world applications for cryptocurrency in banking.

The bank has also said that over time, the JPM Coin will be "extended to other major currencies." As for whether regulators support the coin, the bank said the cryptocurrency is "currently a prototype," and as it moves toward production the firm will "actively engage our regulators to explain its design and solicit their feedback and any necessary approvals," according to Business Insider.