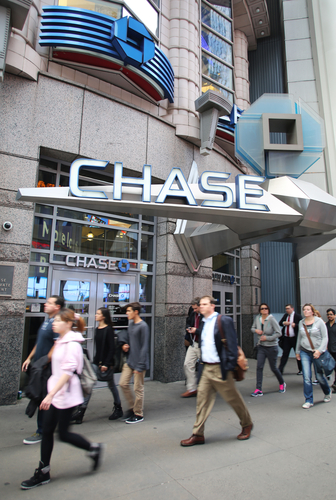 The Republicans have had quite a bit of an uphill struggle to get their tax reform plan approved; the main issue has been that even many of their own party members have remained skeptical about the reforms proposals. President Trump has, in fact, been trying to garner Democrat votes for the proposal to ensure that it gets enough support in a crucial Senate vote coming up later this month. Meanwhile, in what is definitely good news for the Republicans, the CEO of JPMorgan Chase & Co. (NYSE: JPM) has batted in favor of the proposal now, thus improving the chances that more people could be swayed toward it.

Time to get rid of the complex old tax code, says CEO

CEO Jamie Dimon described the existing tax code as being uncompetitive and unnecessarily complex. He said that it is time to make sure that this code is phased out. He called for a suspension of political rivalries if it helps to pass a new proposal that will be for the betterment of the nation. Talking about the new proposal being mooted by the Republicans, Dimon pointed out that it is important to view the proposal only on the basis of whether or not it is good for economic growth and better jobs while keeping American companies competitive in international marketplaces. The CEO's views have been published in an NBC opinion column piece.

Says the Trump proposal has 'all key ingredients'

Supporting the proposal put forward by the Trump administration, CEO Dimon went on to underline the fact that the new proposal has 'all the key ingredients' that could propel the country's economic growth forward at a dramatic pace. In particular, he mentioned the corporate tax rate cut from 35 to 20% and said that this alone will result in 2 million new jobs.

Dimon has been in the news in recent times with many comments on political issues, and after having held the reins at JP Morgan for over 10 years, his words are taken quite seriously as well. He has also said that if the tax code becomes more competitive, the U.S. companies will have good reason to stay within the borders of the country instead of looking for greener pastures outside on foreign soil. Highlighting this flaw in the current tax system, he said that over $2.6 trillion is now currently outside America owing to the inflexible tax code in force here.