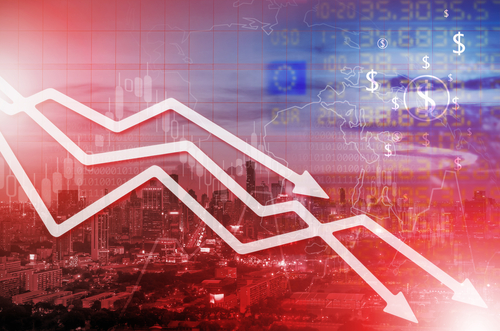 On December 26th, J.C. Penney Inc. (NYSE: JCP) shares dipped below USD 1 for the first time ever. This is particularly concerning for the company due to early sales data painting the industry to have its best holiday shopping season in 6 years, as per CNBC.

After struggling to stay above USD 1 Tuesday morning, shares fell to a new low of USD .97 which brought Penney’s market cap to approximately USD 310 million. Ever since Penney released its disappointing third-quarter earnings last month, shares have lost most than a quarter of their value.

The Company is facing an uphill battle. In July, it lost its Chief Executive Officer, Marvin Ellison to Lowe’s, and didn’t name a successor until October. Penney also has a pile-up of unsold inventory. Having a backlog of inventory means more pressure on profits, as the Company will be forced to slash prices to clear shelves, as stated by CNBC. Finally, the Company has struggled to sell its trend-right apparel when the apparel industry is having a renaissance as clothing sales have climbed once again.

Retail Metrics Founder, Ken Perkins, told CNBC “I would say [Penney] definitely wasn’t a winner this holiday season. People think of J.C. Penney and unfortunately don’t think of anything trendy… They’ve had an image problem for some time.” He also said that Penney’s stores were not as busy as other retailers such as Marshalls. Instead, he said, Penny’s home departments looked empty of shoppers.

Stacey Widlitz, President of consulting group SW Retail Advisors, told CNBC “The biggest issue for [Penney] is this is as good as it gets. Gas prices is low… you have all the tailwinds in the world and the company is still struggling.”

Penney’s Chief Executive Officer Jill Soltau pinpoints women’s apparel, activewear, special sizes and fine jewellery as being key growth categories for the Company in the future. However, the Company will surely be met with heightened competition from Lululemon, Target, and TJ MAXX.