J.C. Penney to close 3 stores by spring as part of the ongoing review, holiday sales drop 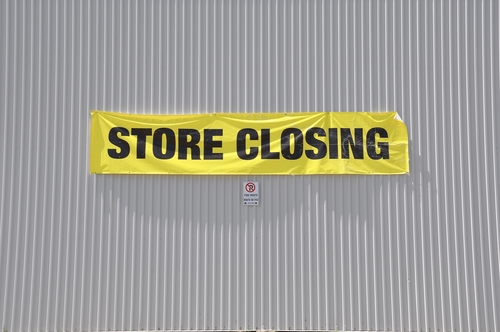 J.C. Penney Inc. (NYSE: JCP) announced on Tuesday that it plans on closing 3 stores by Spring as part of an ongoing review of its overall performance.

The Company’s same stores fell by 3.5% on an adjusted basis by January 5. According to CNBC, on an “unshifted basis,” sales were down 5.4% at stores open at least a year. The Company still expects to reduce inventory by USD 225 Million, generate positive free cash flow in fiscal 2018, and to end the year with liquidity of over USD 2 Billion. J.C. Penney’s shares closed at USD 1.21 on Tuesday, a 67% decrease over the past year. The shares were also recently trading below the USD 1 mark.

Shares first fell below USD 1 on Dec. 26, as investors were concerned with how the Company would fare during the holiday season. Although the retail industry is expected to have its best holiday shopping season in six years, J.C. Penney is not seen as one of the primary beneficiaries, as per CNBC.

The Company has been struggling ever since it lost its former Chief Executive Officer Marvin Ellison to Lowe’s (LOW) in July. In October, it was revealed that former Joann Stores Chief, Jill Soltau would be its next successor.

Penney has been hurt by its overstock of inventory, which has put pressure on its profits. Prices tend to sharply decline as retailers attempt to unload unsold merchandise. Other retailers such as Macy’s (M) and Kohl’s (KSS) have made improvements in managing their merchandise last year.

“In our view, JCPenney went into the festive season in a weakened state and, therefore, was not able to capitalize on the favorable trends,” said Neil Saunders, Managing Director of GlobalData Retail, in an email. “Stores, for example, were densely packed full of merchandise and provided consumers with a less than inspiring shopping experience. The same is true online where a vast array of products with few standout items reduced conversion rates. Extensive discounting did little to remedy these weaknesses or stimulate revenue growth.”