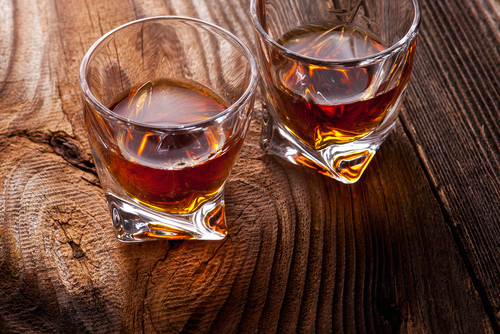 The Company stated that the tariff related price adjustments caused a 1% decrease to its full year sales net growth.The strong dollar was another factor in decreasing Brown-Forman's earnings, costing the company another 2 percentage points in its net sales growth during the recently ended fiscal year. Brown-Forman's earnings-per-share projection for the new fiscal year is in the range of USD 1.75 to USD 1.85. Concerning its brands, the Jack Daniel’s lineup had underlying net growth of 4% for the full fiscal year. The Company also reported 22% underlying net sales growth for Woodford Reserve and 13% for its tequila brands.

American spirits producers that were hit by EU tariffs face the choice of either passing along the tax to European customers and risk losing market share, or absorbing tariff-related costs, which could result in smaller profits. Brown-Forman chose to absorb the costs in most countries in the recently ended fiscal year in order to preserve sales momentum, and it currently plans to continue doing so heading into the new fiscal year, said Jane Morreau, Chief Financial Officer of Brown-Forman. The Company also had the foresight to stockpile inventories in preparation of the effects of the tariffs that targeted American whiskey as well as other U.S. products.

"So we view these tariffs really from the EU as a targeted campaign right at Brown-Forman, an American business headquartered in Kentucky," said Lawson Whiting, President and Chief Executive Officer of Brown-Forman.