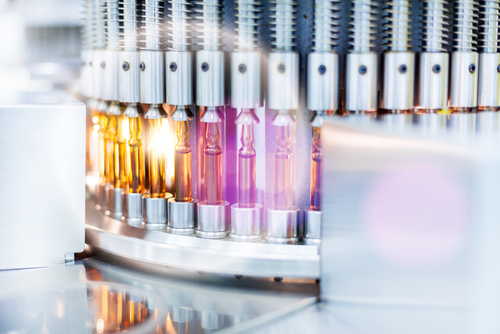 An executive at British drugmaker AstraZeneca PLC (NYSE: AZN) has been tapped to helm Ironwood Pharmaceuticals Inc. (NASDAQ: IRWD) as the biotech Company reorganizes to focus on selling drugs for stomach diseases.

Mark Mallon is slated to join Ironwood after a 24-year career at Astra, most recently overseeing strategy. He has previously overseen sales of Astra’s big-selling heartburn medicines in the U.S., a business similar to Ironwood’s.

Mallon will initially serve as an advisor to the Ironwood board and then take over as Chief Executive Officer of Ironwood after the Company spins out a new firm developing drugs for rare diseases. Ironwood said it expects to separate during the first half of this year.

The moves are designed to give Ironwood room to double down on its bet that it can increase sales in the USD 29.9 Billion global stomach drug market, while Cyclerion focuses on the development of a new class of drugs for rare conditions like sickle cell disease.

Cambridge, Massachusetts-based Ironwood launched its lead product treating irritable-bowel symptoms in 2013. The drug, called Linzess, was a novel kind of therapy, a biotech drug swallowed as a pill rather than injected like most such medication.

The drug’s sales have grown steadily, surpassing more than USD 550 Million for Ironwood and partner Allergan PLC (NYSE: AGN) during the first nine months of last year. However, Ironwood has not turned a profit, as it invested much of the proceeds into efforts to discover new drugs for stomach and other disorders. Shares were flat in 2018, before rising after an activist investor sought a seat on the board.

Once at the helm, Mallon will be responsible for increasing sales of Linzess further and bringing to market two other gastrointestinal drugs in the late stages of testing. One of the experimental drugs is a next-generation heartburn treatment, while the second is for chronic intestinal pain.

Mallon has had relevant experience, having built up sales of heartburn remedies Prilosec and Nexium while leading Astra’s U.S. gastrointestinal-drugs business. Another of his roles there was leading development of the company’s stomach drugs in the U.S.

At Cyclerion, the company to be spun off, Hecht will try to bring to market experimental drugs, called sGC stimulators, targeting the nitric oxide molecules that play an important role in regulating key body functions like nerve function, tissue build-up and inflammation.

The group has two drugs in the middle stage, or phase 2, of testing. One of the compounds is under development to treat sickle cell disease. Another experimental drug is in testing to treat a condition affecting diabetics, called diabetic nephropathy, that is a leading cause of kidney failure.