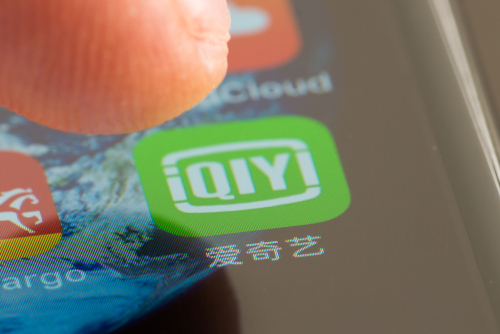 Revenue during the quarter rose by 7% year-over-year, driven by the increase in total subscribing members.

At the end of the quarter, iQiyi reported total subscribing members of 105.8 million compared to 80.7 million the same quarter a year ago, representing a 31% increase. Moreover, 99.2% of iQiyi’s total members were paying subscribing members.

Membership services revenue increased by 30% year-over-year to USD 520 Million, driven by the Company’s growth in premium content as well as various operational initiatives during the quarter.

Online advertising revenue totaled USD 289.2 Million, representing a 14% decrease year-over-year. iQiyi noted that the decline was due to challenging macroeconomic conditions ongoing in China, which delayed the certain content launches and intensified competition in the ad space.

“We continued to make solid progress during the quarter as we march toward our vision of building a technology-based entertainment giant,” commented Dr. Yu Gong, Founder, Director and Chief Executive Officer of iQIYI. “Growing 30% year-over-year, our subscription business contributed more than half of our total quarterly revenues for the first time. This once again demonstrated the strength of our platform and validated our dedication to producing high quality original content. Leveraging our cutting-edge AI technology, we are continually fine-tuning our content offerings, optimizing our monetization efficiencies, and exploring potential new runways for future growth. With the rapid development of 5G, we believe there will be astonishing new opportunities ahead, and we will continue to push forward the convergence between technology and art to create deeper value and greater prospects for the future.”