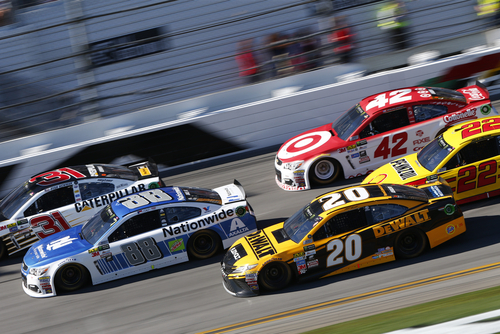 A busy Fourth of July weekend for the sport of NASCAR starts with a car wreck and ends with the beginning of a new week and new earnings for the fiscal second quarter 2017 released by the International Speedway Corporation (NASDAQ: ISCA). The premier motor sport facility conglomerate stays the course and announces negligible downturns in profit.

"Financial results for the second quarter met expectations," stated Lesa France Kennedy, ISC Chief Executive Officer. "Comparable revenue for the quarter was within one percent of the prior year. We remain confident our consumer-focused sales strategies are working to slow recent attendance-related revenue trends. The financial position is strengthened by our broadcast and corporate sales agreements that provide long-term visibility."

Optimism for recent changes in NASCAR rulings add to a positive future outlook for the sport. "The 2017 season is shaping up well. Race format changes implemented by NASCAR have resulted in great on-track competition with 10 drivers already securing a spot in NASCAR's Playoffs, through just 17 races. Up-and-coming drivers, Kyle Larson, Ryan Blaney and Chase Elliot are positioning themselves among NASCAR's elite, currently holding 3 of the top 16 positions in the Monster Energy Cup Series standings." Said Lesa.

Reductions in depreciation expenses, recent expansions and asset retirement losses led to such underwhelming numbers, however, International Speedway is taking this as an expected hit positioning themselves for a strong finish to the year.