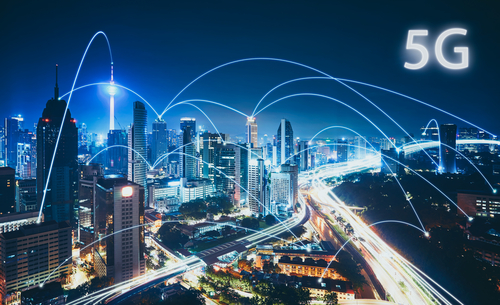 Intelsat S.A. (NYSE: I) shares cratered by as much as 49% on Monday afternoon after the Federal Communications Commission Chairman Ajit Pai tweeted that he supports a public auction of the C-Band Radio Spectrum.

“After much deliberation and a thorough review of the extensive record, I've concluded that the best way to advance these principles is through a public auction of 280 megahertz of the C-band conducted by the @FCC's excellent staff,” tweeted Pai.

“With a strong track record of successful auctions, I'm confident they'll quickly conduct a public auction that will give everyone a fair chance to compete for this #5G spectrum, while preserving availability of the upper 200 MHz of the band for continued delivery of programming,” concluded Pai.

The C-Band Spectrum is controlled by a small group of satellite communication companies such as Intelsat, SES, and Telesat.

According to Barron’s, the C-Band Alliance proposed to have a private auction, arguing that would lead to a speedier transfer of a portion of the spectrum they control to carriers seeking to establish 5G networks.

However, the proposal faced scrutiny from Congress, where some members believed that a private auction would be too lucrative for the satellite players.

C-Band Alliance members use the spectrum to transmit television programs to cable operators. And in order to clear the spectrum for 5G use, the companies would need to launch additional satellites and adopt new compression technology to continuing serving existing clients.

The alliance has been planning to use the proceeds from the auction to pay for the costs of building and launching additional satellites.

Last week, JPMorgan downgraded Intelsat and slashed it price target over concerns that Congress might interfere with the Company’s ability to sell its C-Band spectrum to 5G internet providers.

JPMorgan downgraded the stock from “overweight” to a “neutral” rating and cut its price target from USD 32.00 per share to USD 22.00 per share.

Despite the concerns, JPMorgan believes that Intelsat could still earn roughly USD 8 Billion from a spectrum sale. However, JPMorgan’s forecast is lowered from its previous expectations of USD 10 Billion.

where to buy cialis online safely