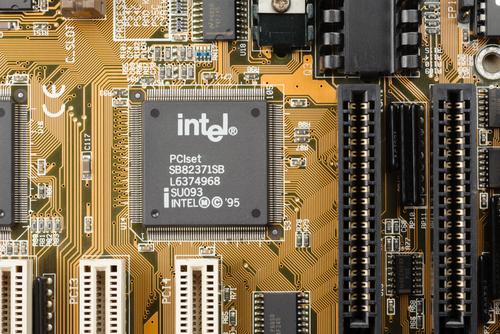 Intel shares have dropped 3.1% this year, while most large tech companies have notched gains and the Nasdaq has risen 6.6%. Brian Krzanich resigned as Chief Executive Officer in June, and Intel has been searching for his replacement.

Meanwhile, the Company has been delayed in deploying technology for future generations of chips, though it's moving forward on 10-nanometer chips, which are expected to be more power efficient than past processors.

"We are making good progress on 10nm," Intel said in a tweet earlier this week. "Yields are improving consistent with the timeline we shared during our last earnings report."

Despite the market optimism, Wall Street has some big questions for the Company going into its earnings call Thursday — its second call and its first full fiscal quarter since its Chief Executive Officer Brian Krzanich resigned in June over an inappropriate workplace relationship.

The market has been rocky across the board, but Intel's competitor AMD felt its wrath acutely on Wednesday after missing guidance on sales for the quarter. AMD's shares fell 20% in after hours trading Wednesday. The stock remains down nearly 17%.