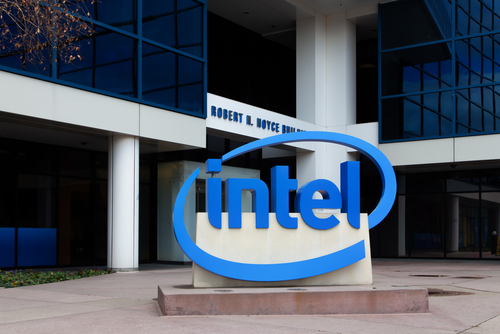 Intel Corporation (NASDAQ: INTC) revealed this week the latest line of microprocessor chips for servers and cloud data centers. The chips proved to be innovative, according to experts, and showed larger-than-expected performance improvements.

Intel announced that the new Xeon Scalable line improve performance by 65% on average comparing to the previous generation of chips. Intel needed new, stronger chips as the company is facing strong competition from other semiconductors. Data center sales rose only 6% during the first quarter of 2017, which is a significant decline comparing to the 9% increase same quarter last year.

"Sentiment on Intel, which didn't seem like it could go any lower, falls weekly with each additional downgrade," writes Barclays (NYSE: BCS) analyst Blayne Curtis, who expects Intel stock to reach $45. "We clearly have a non-consensus view that Intel is not a complete zero in the AI world and that the 'tectonic shift' is more of a startling earthquake that got everyone's attention but didn't immediately throw California into the ocean." Fortune reported.

A J.P. Morgan (NYSE: JPM) analyst Harlan Sur also commented on Intel's developments, “highest level of performance improvement in over a decade." In combination with some other products Intel is pitching to server customers, the company "continues to set a high barrier to entry for competitors and we remain optimistic that Intel’s data center franchise will continue to be the growth and profitability engine for the company going forward," Sur writes according to Fortune.