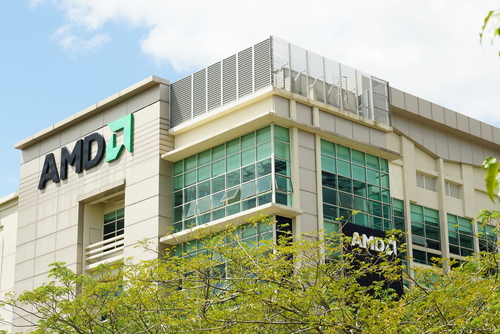 In November, Intel Corporation (NASDAQ: INTC) and Advanced Micro Devices, Inc.(NASDAQ: AMD) announced they would be teaming up to create a laptop chip that combined Intel’s Core line of processors with AMD’s Radeon graphics. At CES 2018, the two rivals revealed their new product, the Kaby Lake G, also known as Intel 8th Gen Core with Radeon RX Vega M graphics, which offers the best in CPU and GPU performance in a very thin and light form factor.

Intel is offering this processor in five different SKUs ranging from the i7-8809G which is the fastest 4.2 GHz CPU all the way to the i5-8350G which clocks in at 3.8 GHz with all of them sporting 4 cores and 8 threads. Along with the processor and GPU, each unit also has 4GB of HMB2 VRAM onboard, which Intel says should help drastically save space internally for laptops while increasing battery life.

All these versions’ software will be managed by Intel in a partnership with AMD to deliver all of the benefits of a Radeon and Intel GPU. Intel will do this by providing their own version of the Radeon Adrenalin Edition drivers paired with their XTU and Radeon Wattman programs. Intel is also working with AMD to deliver day zero game drivers, which are important for both companies if they want to deliver a real competitive gaming product to compete with NVIDIA.

Intel says that gaming should run two to three times faster on the new chips compared to a three-year-old system with an Intel Core i7 chip and an Nvidia GTX 950M GPU.