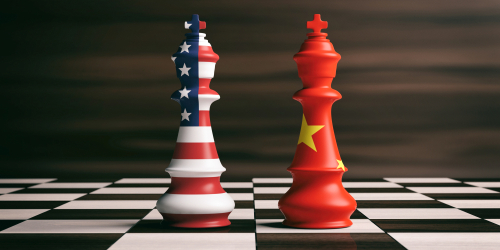 Chinese tech giant Huawei Technologies Co. Ltd (Huawei) had recently been involved in an ongoing political battle with the U.S. government as well as the likes of Google Inc., (NASDAQ: GOOGL) with the later restricting assess to the Google Play services and the Play Store.

Companies such as Intel Corp. (NASDAQ: INTC), Qualcomm Inc. (NASDAQ: QCOM), Broadcom Inc. (NASDAQ: AVGO) and Microsoft Corp. (NASDAQ: MSFT) will also be joining Google Inc. in the ban against Huawei. The Chinese manufacturer had been anticipating this result so it has been stocking up on chips from U.S. suppliers for many months prior as well as making its own, in-house alternatives to Windows and Android to recover any potential loses due to this ban.

However, the U.S. Department of Commerce has just eased the ban after Huawei issued a statement via The Verge talking about the substantial contributions of the Company in the tech world such as the development and growth of Android.

The U.S. Department of Commerce has granted the Chinese tech company a temporary 90-day U.S. government license which will allow operations to continue for already existing Huawei mobile phone users as well as rural broadband networks.

With Huawei not being able to buy a license from Google for their private Android tech, the Chinese manufacturer must rely on the Android Open Source Project only. With the restriction of accessing Google services and apps, the tech company will not be able to release security updates for its devices without making them open source.

Although there are many legal and political pressure for the company, Huawei has announced that it had developed its own operating system earlier this year. There is no information yet on how the Chinese company will decide to proceed with operations in the future but stay tuned for more updates as the story unfolds.