HSBC Shares Down After Earnings Report 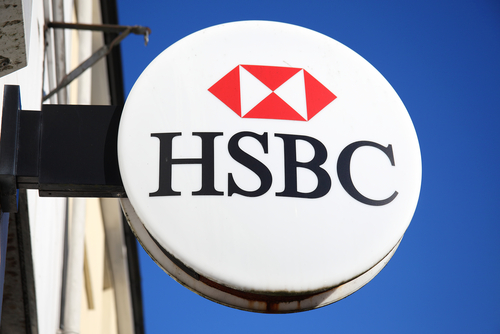 HSBC Holdings plc (NYSE: HSBC) has reported a successful 2017 Fiscal year. Reporting that their profit before tax increased over 140% to $17.17 billion and their adjusted revenue increased to $51.5 billion, which is up 5% from 2016 and their full-year profit rose 10.9% to $20.99 billion dollars. That successfully surpassed the estimate of $19.67 billion given by Reuters, and successfully recovering from the large decline in 2016. The earnings have surpassed early forecasts and spell good news for the major bank. Surprisingly, the bank didn’t announce another round of share purchases but will likely happen in the near future.

Many believed that HSBC would not be able to turn itself around after the global financial crisis, and scandals HSBC had been involved in. However, after seeing the results for the 2017 Fiscal year the big bank has shown it’s resiliency and will use 2017’s positive gains as a platform to further increase it’s position in 2018.

Analysts are already expecting HSBC’s profits from lending to increase in 2018 due to higher interest rates and are expected to surpass expectations again.  The last announcement was that Chief Executive Stuart Gulliver will be stepping down from his position and will be handing it off to longtime HSBC employee John Flint. Stuart Gulliver was one of the major players of the bank’s recovery and success in 2017 and completely reshaped the business strategy of the bank.

HSBC has shown its ability to recover from the many scandals it seemed to have been involved in and is looking forward to a successful 2018.