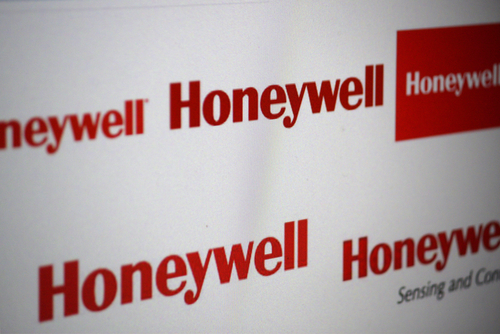 On Tuesday, Honeywell International Inc. (NYSE: HON) announced plans that will boost their aerospace technology growth and spin off other businesses as two publicly traded companies by the end of next year. Honeywell has already raised their full year 2017 guidance by 5 cents to $7.05-$7.10 per share and will spend proceeds from the spin offs on share buybacks, paying off debt, and acquisitions.

The company’s aerospace business has products ranging from jet engines to airplane WiFi systems but would need to possibly merge with other companies to grow bigger in size in order to compete with larger competitors. Honeywell will merge with General Electric Co.’s aerospace unit that would mark them the strongest competitor to United Technologies as well as a more powerful supplier to Boeing Co and Airbus SE.

Shares of Honeywell were down 0.3% at $143.16 after failing 2.3% initially. They plan to split off their home and ADI global distribution businesses into a single public company with their transportation systems business into a second company. These two spin off business units together would expect to generate annualized revenue of about $7.5 billion.