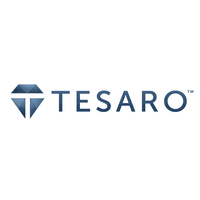 GlaxoSmithKline (NYSE: GSK) announced on Monday that it will acquire Tesaro (NASDAQ: TSRO) for USD 5.1 Billion.

This marks the first big acquisition since Hal Barron, a pharma veteran and experienced scientist took on the role of chief scientific officer.

GSK Chief Executive Officer Emma Walmsley said in a statement, “The acquisition of TESARO will strengthen our pharmaceuticals business by accelerating the build of our oncology pipeline and commercial footprint, along with providing access to new scientific capabilities.”

Tesaro is a cancer focused biotech based in Waltham, Mass. Their cancer drug Zejula is expected to reach sales in the range of USD 233 Million to USD 238 Million this year, according to Tesaro. Zejula works by acting as a hindrance to cancer cells by blocking an enzyme that repairs damage in their DNA. It’s utilized mainly in ovarian cancer, but also these class of cancer drugs Zejula is part of is also believed to be effective in treating prostate cancer as well.

Biotech Company violations have come down in recent events. With the acquisition coming at the end of 2018, buzz is created around biotech news going into the 2019 year. Tesaro has been rumored to be seeking a sale over the past year. The deal comes after speculation that it was in the works after Tesaro executives canceled on an investor conference.