GoPro is Moving Camera Production Out of China 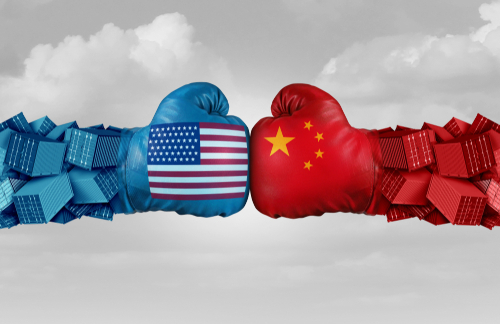 GoPro, Inc. (NASDAQ: GPRO) announced on Monday that it will plan to move most of its US-bound camera production out of China by the end of summer 2019 to mitigate the impact of new tariffs.

GoPro said it will continue to operate international-bound camera production within China.

"Today's geopolitical business environment requires agility, and we're proactively addressing tariff concerns by moving most of our US-bound camera production out of China," said Brian McGee, Executive Vice President and Chief Financial Officer of GoPro. "We believe this diversified approach to production can benefit our business regardless of tariff implications."

McGee continued and said, "It's important to note that we own our own production equipment while our manufacturing partner provides the facilities, so we expect to make this move at a relatively low cost.”

GoPro previously announced in its earnings call that it had the option to move U.S.-bound production out of China by the first half 2019 if necessary.

GoPro has made the move to pull out from U.S.-bound production in China during the recent trade war tensions. However, the wars are on pause for the next 90-days until both the U.S. and China can agree on a deal.

U.S. President Donald Trump said recently if a deal is not reached by the end of the ceasefire, tariff rates can increase substantially. Although, Trump and China delivered optimistic news that tariffs can decrease from the current 40%, shortly suppressing investors fears.

For the fourth quarter, GoPro estimates are below analysts’ estimates as it struggles to keep up demand for its products. The Company has now lowered its Hero camera prices for the upcoming holiday season to drive higher demand. However, GoPro said it would be profitable in the fourth quarter and expects “low channel inventory,” according to Reuters.