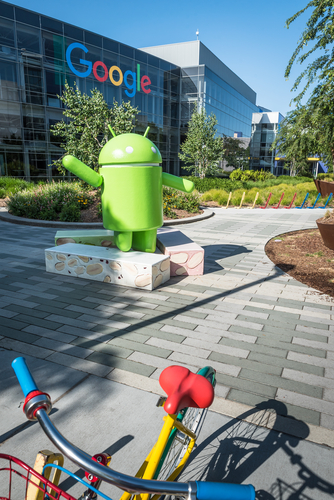 On Wednesday, Alphabet Inc (NASDAQ: GOOGL) revealed the second generation of their Pixel smartphone as well as new voice enabled home speakers to boost their hardware business as they compete with rivals like Apple Inc. (NASDAQ: AAPL) and Amazon.com, Inc. (NASDAQ: AMZN). The company’s new products include a Pixelbook laptop, a GoPro Inc (NASDAQ: GPRO) like camera, and wireless earbuds that display Google’s developed operating systems and services well known as the voice assistant.

The Pixel 2 smartphone comes in two sizes with a starting price of $649 for the base model and $849 for the high end version which will be available starting on October 19. The Pixelbook’s starting price of $999 is the first laptop powered by Google Assistant that will support Snapchat with a keyboard that folds behind the screen turning it into a tablet. This will be in stores on Halloween. Google introduced new speakers as well called the Home Mini and is priced at $49 competing with Amazon’s Echo Dot. The Pixel Buds are priced at $149 and will arrive in stores by next month.

The pixel smartphone has an estimating sales of more than 2 million and other hardware devices already account for 12% of overall sales in the most recent quarter. Last month, Google expanded their hardware development capabilities by teaming up with HTC for $1.1 billion.