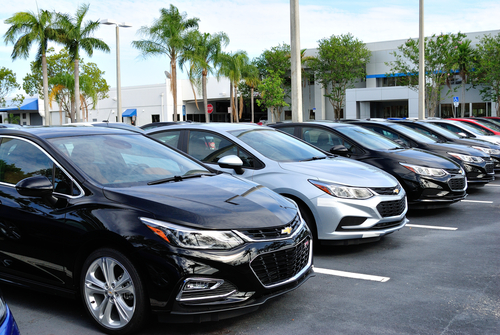 On Tuesday, General Motors Co (NYSE: GM) said that it sold 25,852 vehicles in July in Canada. That’s a 22 percent increase from the year prior. This is a striking contrast to the company’s performance in its home market.

The company reported sales of up to 131,000 units to date In Canada. This is 16 percent more than what it was at last year at this period.

According to an article from Reuters, GM sales dropped 15 percent to 226,107 in the United States from a year earlier as the company cut sales to daily rental fleet by more than 80 percent.

Auto sales in Canada have been growing along with the country’s economy, both are performing better than expected. Auto Sales indicate larger trends like employment and economic growth in a country.

According to Statistics Canada, in May, Canada’s economy grew by 0.6% from a month earlier. This exceeds economists’ forecasts for 0.2 percent.

John Roth, vice president of sales, service and marketing at GM Canada said in a statement, “Driven by our enormous success with our crossover portfolio, it is like we have sold an extra months’ worth of retail sales so far this year,”

According to analysts at Scotia Bank, auto sales are expected to hit a new a new record high of 2 million units in 2017.