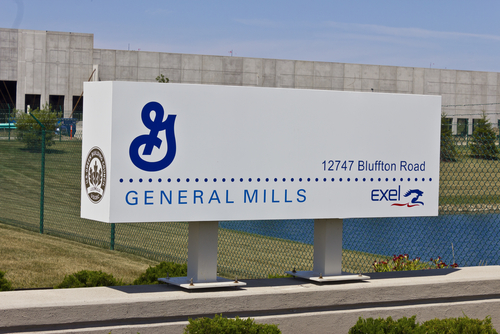 General Mills (NYSE: GIS) reported a lower than expected quarterly profit as cereal and yogurt sales declined in the U.S. which brought the company’s shares down 9% marking it the lowest levels in nearly two years. Since there has been a recent trend in consumers’ shifting preference for thicker and protein rich Greek yogurts, General Mills enhanced their premium yogurt products by launching new ones such as French yogurt Oui by Yoplait.

However, U.S. organic sales is the largest contributor to General Mills’ revenue and dropped 5% due to the double digit declines in American yogurt sales where more than half of U.S. segment’s net sales fell in the quarter.

The company’s poor results also dragged down other packaged food companies such as Kellogg Co down 0.8%, Conagra Brands Inc. down 1.5%, and Treehouse Foods down 1.4%. General Mills’ gross margins fell as well in the first quarter with a 2% points decline in pricing in the U.S. The company’s net sales regarding the U.S. cereal unit dipped 7% in the first quarter which ended on August 27. Net sales as a whole decreased 3.5% to $3.77 billion.