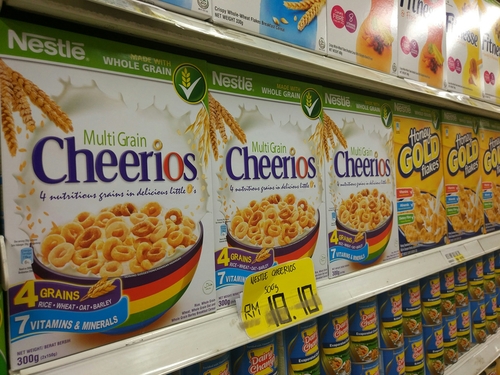 General Mills Inc. (NYSE:GIS), a maker of Cheerios cereal and one of the largest cold cereal producers in the U.S., announced on Wednesday that it will be cutting 625 jobs amid rising commodity and freight costs, as well as slowing sales of its Yoplait yogurt. General Mills, which has been struggling with its yogurt business, has been reliant on its cereals and snack sales to increase revenue. The Company reported a net sales decline of 12% in the U.S. Yogurt operating unit, which was partially offset by a 2% increase in U.S. snacks and a 3% increase in Canada.

In a report, General Mills stated, “In the fourth quarter of 2018, we approved global cost savings initiatives designed to reduce administrative costs and align resources behind high growth initiatives. These actions will affect approximately 625 positions, and we expect to incur approximately USD 55 Million of net expenses relating to these actions”

Jeffrey Harmening, Chief Executive Officer and Chairman of the Board of Directors, said he is expecting new product launches, including yogurt with high protein and less sugar, in order to compete with Chobani and Danone, the Company’s competitors in the yogurt business. These new launches are expected to boost sales for 2019.

Net sales met analyst expectations, rising 2% to USD 3.89 Billion in the fourth quarter. Gross margins for the quarter rose to 36.5% from 34.7% the previous year.

“We were pleased to see profit margins improve from a year ago as cost savings and increased sales of products with higher profit margins more than offset headwinds from higher transportation and input costs,” said Brittany Weissman, an analyst at the investment company Edward Jones.