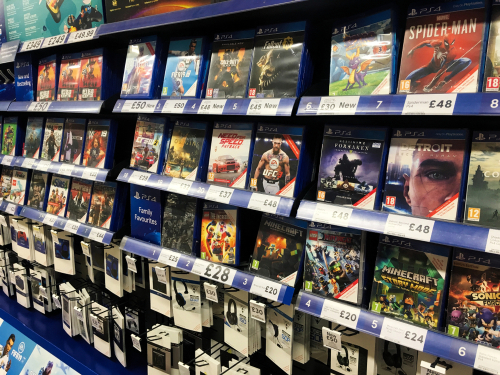 The Company witnessed major declines across its segments, notably its hardware and software sales. Hardware sales decreased by 45.8%, while software decreased by 32.6% year-over-year.

Accessories sales decreased by 13.4%, while pre-owned sales declined by 13.3% with declines in both hardware and software. On the other hand, collectibles sales increased by 4.3%, with continued growth in both global and domestic stores.

For the fiscal year, GameStop is expecting earnings in the range of USD 0.10 to USD 0.20 per share and comparable store sales decline in the high-teens. Analysts anticipated earnings of USD 1.21 per share for the period.