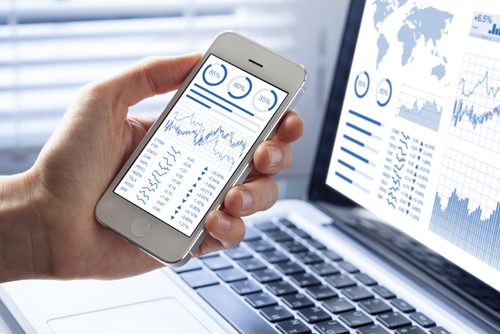 Monday saw the US stocks climb to new records with Nasdaq crossing 7000 in intra-day for the very first time. This stock market buzz was the result of investors betting on lawmakers trying to push through a key tax reform.

In the recent times, stock prices have been acting in accordance with the probability that a tax plan proposed by the Republicans might become law. A reduction in corporate tax may be helpful in boosting business profits and prolong the American stock rally, report analysts and investors.

On Monday, stocks of those companies that are believed to benefit the most from a tax reduction showcased a major boost in performance, and ended up uplifting major indexes. There was also an increase in bank stocks and the shares of Citigroup, Bank of America and Goldman Sachs Group, each added over 1 percent.

According to analysts, retailers, smaller American firms and banks have a tendency to pay greater effective taxes. In the meanwhile, a pulling back was noticed by government bonds as well as their share-market proxies.

Several investors consider utility stocks to be similar to bonds because they offer relatively high dividends. The S&P 500 reported a 1.2 percent drop in these utility stocks.

There was 2.7 percent hike in the S&P Retail index with Abercrombie & Fitch, Guess and Monro being the group’s highest gainers. Analysts also noted a rise in the shares of small capitalization firms as Russel 2000 went up by 1.2%.

A few analysts and investors warned that predicting the extent of benefit to the economy from the tax reform is not as easy. According to Dave Donabedian, the CIO at CIBC Atlantic Trust Private Wealth Management, the bill is quite complicated. Hence, some undesirable consequences can definitely be expected. He added that in the event that the bill is passed, he would be tracking changes in core data such as corporate profits and retail sales in order to understand its effect.