Fox Will Sell Sky Stake to Comcast for USD 15 Billion 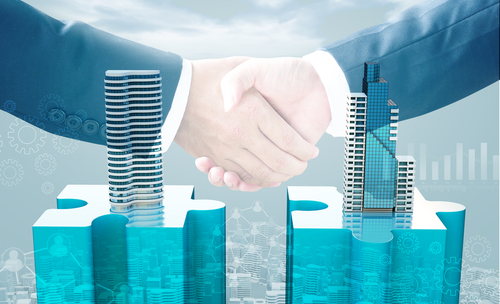 Twenty-First Century Fox Inc. (NASDAQ: FOXA) announced on Wednesday it will sell the remainder of its stake in U.K. based broadcaster Sky after being beat out by Comcast Corp. (NASDAQ: CMCSA) in a takeover bid.

Comcast and Fox have been involved in a bidding war for Sky, which is considered a coveted international asset in the television industry. On Saturday, the companies squared off in a rare one-day auction to settle ownership of the British broadcast giant.

With the cable giant having offered USD 40 Billion for a majority stake in Sky, The Walt Disney Company (NYSE: DIS) consented to 21st Century Fox tendering its 39% stake in Sky. At current exchange rates, the GBP 17.28 offer translates into USD 22.75 per share, valuing the deal at over USD 15 Billion.

"The transaction, coupled with the divestiture of the Fox Sports Regional Networks, will significantly reduce the amount of debt Disney will incur in acquiring 21st Century Fox, and enable Disney to maintain its strong balance sheet as it continues to invest in content creation for its direct-to-consumer platforms," Disney said in a statement.

Disney had previously agreed to buy Fox's movie assets in a separate deal, and could have gained control over Sky had Fox prevailed at the auction.

"With 21CF announcing its intention to sell its shares to Comcast we close one chapter while simultaneously opening another," said Jeremy Darroch, Sky Group's Chief Executive Officer in a statement. "Our aim is to make the next 30 years as exciting for customers, colleagues and all our stakeholders."

The British broadcaster has recommended to its shareholders that they accept Comcast's offer immediately. However, the deal won't be confirmed until Sky shareholders formally accept it.

Thanks for your entire labor on this site. Kate delights in setting aside time for investigation and it's obvious why. Most of us hear all about the powerful tactic you render very useful tactics on your web blog and therefore increase participation from other individuals on that topic and our child is truly becoming educated a lot. Have fun with the rest of the year. You're the one performing a splendid job. blog
I always use url shortener
It is very helpful.

Thank you for each of your effort on this site. My mom really likes participating in investigations and it is obvious why. I know all concerning the compelling way you make reliable tips through your web site and inspire contribution from other individuals on this issue then our favorite girl is now studying a whole lot. Take advantage of the rest of the year. You're doing a really great job. blog
I always use url shortener
It is very helpful.