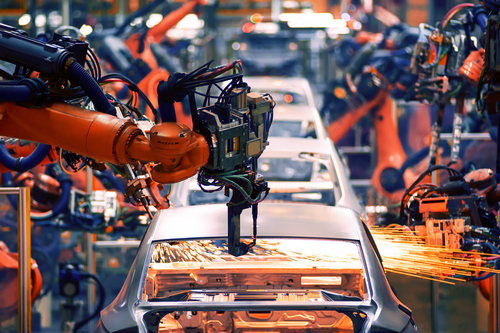 Ford Motor Co. (NYSE: F) and Volkswagen AG (OTC: VWAGY) announced on Tuesday that there will be a partnership between the two, specifically focusing on commercial vans and pickups, while exploring joint development of electric cars and driverless vehicles. This is expected to save the automakers billions of dollars.

The partnership would allow for the sales of vans and medium-sized pickups to begin in 2022. Both Companies have said that the partnership does not involve a merger or equity stakes.

Volkswagen Chief Executive Herbert Diess stated in a conference call that “it is no secret that our industry is undergoing fundamental change, resulting from widespread electrification, ever stricter emission regulation, digitization, the shift towards autonomous driving, and not least the changing customer preferences.” In explaining the partnership he said, “Carmakers around the globe therefore are investing heavily to align their portfolios to future needs and accelerate their innovation cycle...in such an environment, it just makes sense to share investment.”

The growing alliance between the two Companies will be controlled by a joint committee that will include the CEO of the two Companies. Its partnership represents the new age of technology where global automakers are pressured to manage the costs of developing electric and driverless vehicles to stay competitive in the business. However, The two CEOs of each Company did not go into detail specific markets like Latin America. Ford is currently experiencing losses in this particular region.

In the coming weeks, Ford will provide more details on how the partnership will affect regional operations. The partnership is not expected to result in any job cuts, CEO of Ford, Jim Hackett, had said.

The two Companies have signed a memorandum of understanding to collaboratively work on the development of electric and self-driving vehicles, Diess said. Both executives are motivated and believe the deal would be finalized, but there isn’t a timeline as of right now.